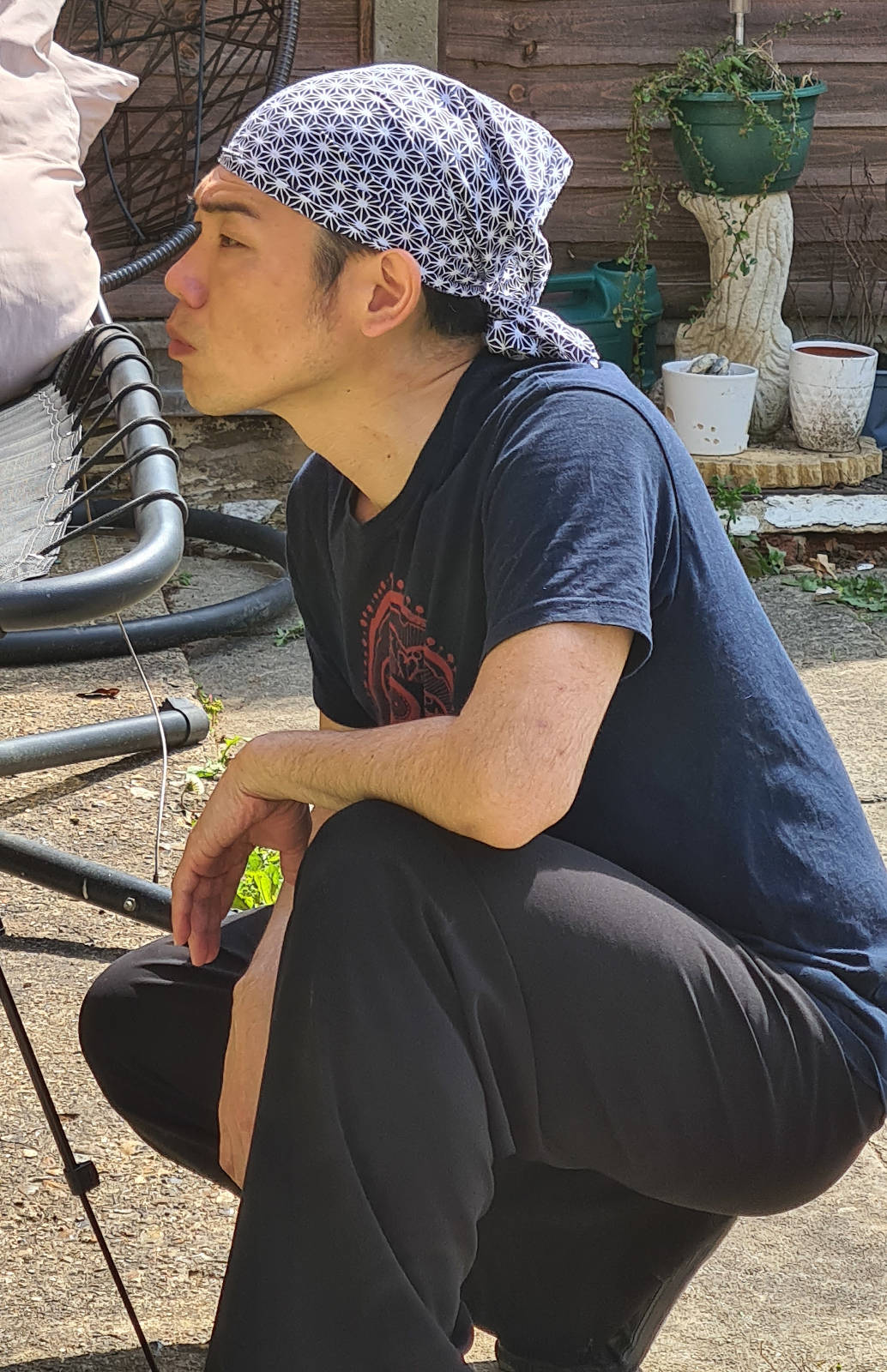 As a university student, Tsuyoshi visited Luoyang, China to learn Chinese history and rural culture. Having gained a Masters degree in Liberal arts, Tsuyoshi went on and studied for a PhD. These further studies took him to China, with a scholarship from the Chinese government.

Making full use of the opportunity, he learned Baji-quan, Pigua-Zhang, Zhang Sanfeng style Taijiquan and sword, Shaolin liuhe quan and Ziranmen( Natural Fist). The, by chance, he met master Tsukamoto and started learning Chen Style Taichi under his instruction.

Use of Cookies on this Web Site
Yoshinkai UK - Chen Style Taichi & Asian Culture site uses only one cookie. It is a session cookie, which is deleted at the end of your browser session. It holds no personally identifiable data relating to our site visitors, other than the broad geographical location. This serves to ensure the site delivers the correct information in terms of local contacts, currency and taxes.

No personal data is ever held in a cookie on our web site.

However, a number of social media sites and search engines use practically every web site for tracking cookies and so called Interest Based Advertising. They do this without our consent or co-operation. While we make strenuous efforts to prevent them from doing this, their evolution is such that they can generate new ones faster than we can block the old ones.

We strongly recommend that if you do not want every moment of your web browsing catalogued and analysed, you should use the controls available in your browser to prevent tracking and to block third party cookies.

To get more information and help on how to use these blocking tools, here are some links:
privacy.net
Privacy Badger
Disconnect
AdBlock Plus
Firefox Tracking Blocker Instructions
Firefox Cookie Manager
Ghostery Tracking Blocker for Chrome
Managing Cookies in Chrome
Tracking Blocker Advice for Vivaldi

The only cookies that our site will place are for strictly functional purposes like identifying your broad geographical area to ensure accurate local informattion, and to retain the contents of a shopping basket if one is used.
Use of cookies. Mouse over here for details.

Use of cookies on this web site: Yoshinkai UK - Chen Style Taichi & Asian Culture collects no personally identifiable data in cookies. However, a number of social media and search engine companies place tracking cookies without our consent or co-operation. If you wish to avoid tracking, please read our cookies policy, where you will find links to resources that will help you set your browser accordingly.